My heels my love

Thank you all for a lovely Diwali!
Anyway, this post is about my high heels. This was the second time for me to use this heels, I can not relly say this has been my best heels. The reason is, the heels are too high and not very comfortable. On the other side, the heels are so so beautiful and I truly love them. The shoes are from Phoneix mall at Tresmode, I think I got the shose in 2012 during my summer break.

I remember this time very well. My friends and I went to Camp to spend some time in SGS mall. What do we meet when we step in side the mall? yes, this big bander “girls love six packs”. You can understand what a big surprise and shock we got. In india where it is impossible to speak about it, movie are being censure. And just infront of us is this all about the big sensative topic with a bad joke. Anyway, as a tourist we took our cameras because when will we see a sign like this again?

I can say like this, I have never seen a sign for durex in India every since our vist at SGS mall. The sign must have happen by mistake, or bad bit anything. But this was not a normal sign in India or any other country.

I said I was not going to buy any new shoes… 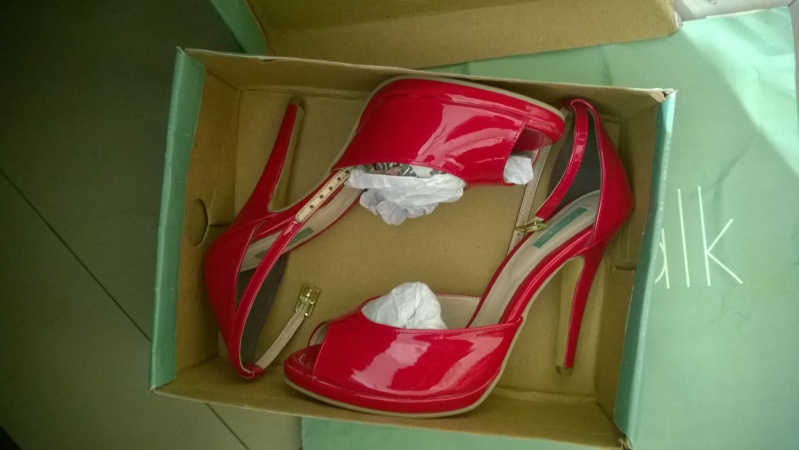 This high heels are my very first red heels and of course I bought them in India, during christmas. My friend and I went to Camp on 24th if I remember right, in the evening 8-9 ish and I have never seen that amount of crowed before. It was impossible to walk and everyone stopped to take photos with the santa. However, my friends and I went to Kue bar at Westin some nights before new years eve. Normally, when I go out, I use high heels, just like every other girls. There I needed to get a par, even after my plans were not to get any more shoes and bags. But in India, I should not wear too high heels, the red par are too high. The reason is very simple, I was the tallest person at the club. At the dance floor I could actully see a sea of heads, but not the peoples faces. So, in the end of the evening, my friends requested me to remove the heels to be on almost the same level as them. Of course I was still taller, but less.

The funniest part during the evening at Westin, kue bar, was we met a Indian guy speaking the worst fake American accent. He asked why are Indians so obsess with two-wheelers, in my country, and much more things. But, common, the worst thing is Indians with pure fake accent and on top of that being the loudest person in the place. He was insane, he was talking about crap, that India is not that great, that “everything can kill you, and you realizing that while you are study medicine and there for you should smoke up or at least drink”. How stupid can a man be?

The 24th of December was amazing

Well, not only was I in India and traveled from Mumbai to Pune without any problems.
This Christmas was maybe one of the best Christmas for many years. Some of the reasons are, I did not have any Christmas anguish, was in warm weather, met my best friend. My friend picked me up with her car and we finally met after 8 months. She is my angel.
Our first plan was to go out, but her family wanted us to be back home at 10 pm, which is understandable. There for our plan changed and we traveld to KP for one of the best places for street food. My feeling was, forget the Christmastime ham, herrings, meatballs. This is the perfect Christmas eve food and environment. Standing on the sidewalk with all the traffic around. Just enjoying the evening with the best friend with shared love for street food.
Perfect!

Simple but I love it

Yes this brand is my favorite brand or more right the designer is my favourite one.
I love label ritu kumar and ritu kumar clothes.
In my opinion Label Ritu Kumar is more for younger women and also less expensive. While on the other hand Ritu Kumar is more expensive, higher quality fabric and may be little more harder to wear for a daily business.

But the outfit on the picture, is perfect for college and to go out in. Loving it! But, I do not need the top or the bag…. I can already now say, when I am in India I have to visit Ritu Kumar store. HAVE to.

So, my host mother in India has her own business and it is to sell jeweleries.
What she does she attend expeditions and visits customers. It is possible to say, from a hobby to business. Also, mom has very good knowledge about stones, quality and so on.
The jeweleries are from small delicate things like this ring to huge heavy traditional necklace, earrings and so. Typical traditional which are just too big for us in the west, but they are so beautiful to look at.

I can not walk with out my scarf

A scarf can do so much to an outfit. Everything from to give some color but also to create a more elegant look.
Well, this scarf is more of a summer scarf and add allot of color.
I got this scarf in India, 100% cotton. The scarf is of course Ritu Kumar, bought in Phoneix mall, Pune.
My favorite brand with good quality and design.
Probably I will use this scarf till the winter start and then use a warmer scarf (from India).

Well, my family in India has send photos on the Ganpati decoration at home.
I do miss the festival, with all the colour, food and holiday from college.
Well, my first time in India, Ganpati festival was the first festival in India. Everything was so new and different from Sweden. Also, during the festival we went in parade in the the old part of Pune.
If that was not all, the city they plaid music, danced and it was a happy time.

A flower can make anyone happy

Now, it start to get hard to say good bye to India.
Seriously, it is hard to know my time in India is soon over. More right, there is only 2 weeks left.
2 weeks left and then back in Sweden.

One of my friends how I know since 2010, she gifted me a flower.
A simple flower, but the flower mean so much for me. I think the simpler a gift is, the more the gift can mean.
I got the flower just like that on the street. She asked me which flower do you like and I pointed out, she bought the flower.
True friendship.

When I was walking in the morning to the gym. I saw the sun and the green trees and thought what a beautiful day it is. The wind was little bit colder then the air, still it was not horrible hot. Next moment I thought, I will miss this and for sure I will miss India.

In the gym was lower body, after 2 weeks. Last Saturday was my really bad sick day.
Wow, I felt the difference with the leg press, I do not want more breaks or sick days. No more.

Time change
Create a free website or blog at WordPress.com.